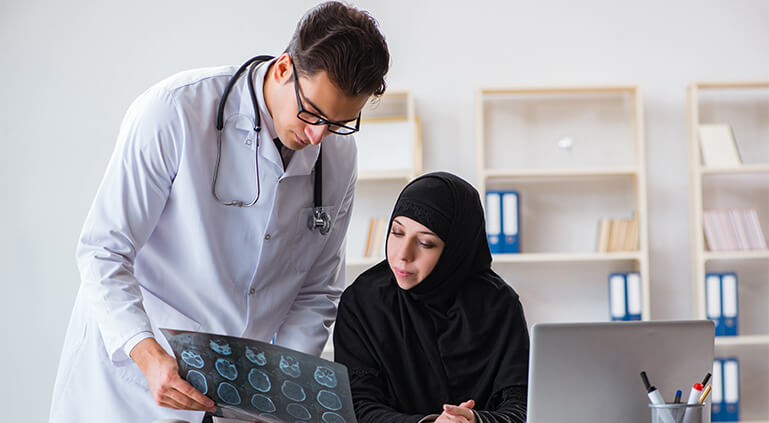 Patient communication is a rising issue. It is the topic of today but it was never out of order and has always been an important cornerstone of care. Although communication looks like a trivial matter when compared to a complicated brain tumor surgery, but the fact is it could be just as important. In this article, I will tell you why, my source being not my 25 year experience in healthcare and healthcare education, or my 20 year experience in malpractice cases, but rather my last 24 hours.

Before we jump into the lessons learned, let me go over my last 48 hours with you. The story of my past two days is the story of a series of new advert events. Events I have never been exposed to and triggers I never learned to deal with. Because I believe that reflection is the mother of all learning, I am here to reflect and trigger your reflections as well.

Friday morning, after a long worried uninformed week of trying to reach my colleague Dr. A to check on his new medical condition that has been his cause of agony for no longer than a month, finally i got a call. The long awaited voice of Dr. A. on the other side was a relief that he was still capable of communicating over his illness. He was diagnosed a week ago with a brain tumor that looked query in the imagery and upon neurological consultation, the neurosurgeon, a brilliant young surgeon whom the whole world runs between his fingers when he is in the OR, had advised Dr. A to move quickly.

The young neurosurgeon has a concept in life by which he lives and practices. He treats every patient like he was his brother. Any decision he makes he quietly assesses against his hidden scale and makes sure he is within the standards. Dr. W our neurosurgeon and friend and support when needed, thus referred Dr. T to another colleague who was as he put it “specialized in this kind of lesion specifically”. Because Dr. W was planned to travel that week and this kind of surgery needs supervision in the post operative, he found it a better choice to refer his patient and make sure he understood that waiting was not a choice (Communication lesson 1).

Dr. A, now a patient for the first time, began adopting the natural patient behavior of fear and denial. He started withdrawing and opening his ears to advise and recommendations. He was looking to hear what he wanted to hear and the roller coaster started… Friends, family, colleagues, students all started taking the charge that Dr. A was intentionally giving away. He was hailed with advice and recommendations that in most times was contradictory. Forgetting that he was advised against waiting, he drowned in a sea of uncertainty that was enhanced by the claims of patient death on the table that he heard when he brought up names of nearly all doctors he sought the opinion of (Communication lesson 2).

It was not until that morning call on that Friday and after a whole week of disorientation and stunted decision making that I realized how incompetent I had been in estimating the patient’s capacity to make an informed decision. I was so blind that it took a confession from Dr. A’s side that he is feeling disoriented and that he does not feel he has the capacity to make a decision and that this was a progressive loss of cerebral capacity. Feeling like a fool, it all started adding up. This is a patient who is treated as an expert when his brain functions are deteriorating. Although surrounded by white coats as friends none of us actually realized the incapacitation he was approaching. That is not the only problem, we were not the only spectators, the whole family was too. These were people who lived their whole lives drawing on advice from him as a doctor and even when he was suffering they still expected him to make decisions (Communication lesson 3)

What was said on the phone call was erased the day after and out of pride I still failed to convey to people around him that someone needs to overtake this decision making the process. Having dictated his plan for the day on his family and close friend who flew in specially to take care of him, he dragged every one on a physically debilitating trip to take another physician opinion. Needless to say, this day lost in the life time of his management ended abruptly with a disturbing level of consciousness, hemiplegia, and aphasia. The decision maker who dragged the educated and the responsible people around him to the other side of the country against all logic, was carried back to the hospital in an agitated coma ending up in the exact same place and with the exact same surgeon he was referred to by Dr. W one whole week ago. The only difference was that he was not put on the surgery list. He was rushed under the knife through the emergency room (Communication lesson 4).

“A life saved, but so many more can be if we can just learn a few lessons”.

Make sure the patient who understands the scope of his illness and who understands the urgency, is fit to make the decision alone. Having directed him to the need to move quickly and to the consequences of the delay, a follow up with his parents or wife would have been necessary to prevent important issues from falling out of a sick brain’s memory, like the need to be admitted straight away.

When you want to help a patient with advice, make sure you know all the details. Giving advice on truncated information might result in a catastrophe.

Every patient was at one time competent and capable of making his own decisions. Take care not to have an over expectation for the patient’s capacity that is built on your prior knowledge of who he is. A physician is just a patient when he under the spell of a disease.

…When planning an intervention with the patient as a group of caregivers we need to communicate openly and allow for the transfer of information between you. Dr. A lost a whole day in the lifetime of his condition which was already very critical, to an unnecessary re-consultation that ended up in an intracranial hemorrhage that could have been dodged given a good communication of his capacity.

Taking charge of someone’s life is an amazingly hard thing for anyone to do. But taking charge comes with its own responsibilities to perceive and assess and make informed decisions.